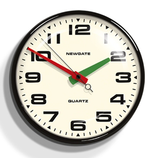 The voluntary bankruptcy case is commenced by the filing of a petition with the Bankruptcy Court requesting protection from creditors under Chapter 7 or Chapter 13. A Husband and wife may file one petition together and commence a joint case [11 USC §301, 11 USC §302, 11 USC §101(42), Rule 1002 FRBP].·

List of Creditors must be filed: In both Chapter 7 and Chapter 13, the petition must also be accompanied by a list of the names and addresses of the debtor’s creditors [Rule 1007(a) FRBP].·

Statement of Social Security Number must be filed: In both Chapter 7 and Chapter 13, the petition must also be accompanied by a verified statement that sets out the debtor’s social security number [Rule 1007(f) FRBP].

15 Days After Bankruptcy Filed:·  Schedules must be filed: In both Chapter 7 and Chapter 13, schedules of assets and liabilities, a schedule of current income and expenditures, a schedule of executor contracts and unexpired leases, and a statement of financial affairs must be filed within 15 days after the bankruptcy was filed [11 USC 521(a)(1), Rule 1007(b), (c) FRBP].·

Pay Advices: 15 Days after your bankruptcy is filed, all of your payment advices or other evidence of payment that you received within 60 days prior to your bankruptcy filing must be provided to the trustee.·

Chapter 13 Plan must be filed: In Chapter 13, the Plan must also be filed within 15 days after the Bankruptcy was filed. The Plan provides for submission of future income and the treatment of creditors, specifying when and how each kind of creditor will receive [Rule 3015(b) FRBP].

18 Days After Bankruptcy Filed:·  Court Mails Notice of Commencement of Case: This notice is mailed to the debtor and all creditors who were included in the list of creditors. The notice includes the Meetings of Creditors date, deadlines for objections to discharge and for creditors to file their Proof of Claims.

Reaffirm the debt, retain the property, and continue to make payments on the balance of the debt

7 Days Before Meeting of Creditors (341 Hearing):·  Tax Returns and Bank Statements Due: The debtor is to provide copies of the debtor’s most recently field tax return to the trustee and any creditors who have requested it. [11 USC §521(e)(2)]. The Debtor must also provide bank statements of each checking, savings, and investment accounts to the trustee, which must include the date of filing.

40 Days After Bankruptcy Filed:·Meeting of Creditors (341 Meeting): Section 341 of the Bankruptcy Code requires the trustee to preside at a meeting of creditors within a “reasonable time” after the filing of the bankruptcy [11 USC §341]. This meeting is usually held approximately 40 days after the bankruptcy is filed. The meeting time and date is included in the Notice of Commencement of Case which is mailed by the court. Each debtor is required to attend this meeting and testify under oath, but most creditors do not come to the meeting. The failure of creditors to attend the meeting does not affect their right to challenge the discharge in a Chapter 7 or to object to the plan in a Chapter 13. If the debtor does not attend the 341 meeting, their case will be dismissed.

60 Days After 314 Meeting: Chapter 7 Deadline for objection to discharge of a particular debt: Under 11 USC §523(c), creditors have until 60 days after the first date set for a 341 meeting to file a complaint under 11 USC §523(c). That section allows creditors to object to the discharge of debts which were obtained by false pretenses, a false representation, or actual fraud; debt from fraud or defalcation while acting in a fiduciary capacity, embezzlement or larceny; and debt for willful and malicious injury [Rule 4007(c) FRBP]. This deadline applies to objections to discharge of: consumer debts owed to a single creditor for luxury goods or services incurred by an individual debtor on or within 90 days before a Chapter 7 bankruptcy is filed are presumed to be non-dischargeable [11 USC 523(a)(2)(C)(i)(I), 11 USC §1328(b)].·

Chapter 7 Deadline for objection to discharge of all debt: Under 11 USC 727(a) creditors have until 60 days after the first date set for 341 meeting to file a complaint under 11 USC §727(a). That section allows for objection to the discharge of all debts based on misconduct including transfer, destruction, or concealment of property; concealment, destruction, falsification or failure to keep financial records; making false statements; withholding information; failing to explain losses; failure to respond to material questions; having received a discharge in a prior case filed within the last eight years [Rule 4004(a) FRBP].·

Chapter 7 Deadline for U.S. Trustee or Court to move to dismiss case for “substantial abuse”: Under USC §707(b), until 60 days after the first date set for the 314 meeting, the U.S. Trustee or the Court may move to dismiss a case in which debts are primarily consumer debts if it finds that the granting of relief would be a “substantial abuse” of the provisions of Chapter 7 [Rule 1017(e) FRBP]. “Substantial abuse” was expanded by the Bankruptcy Reform Act, which went into effect on October 17, 2005, to include a Means Test which allows Chapter 7 bankruptcy only if a debtor has less income than the median for the state of residence, or can pay less than 25% of his or her unsecured debt from income remaining after expenses over a five year period [11 USC §707(b)].

More Than 60 Days After 341 Meeting:  Meeting Discharge entered in Chapter 7 case: Court rules require that the discharge be entered “forthwith” after the expiration of the time for objecting to discharge or moving to dismiss the case. The time for those objection expire 60 days after the first date set for the 341 meeting [Rule 4004 (a), (c)(1), Rule 1017(e) FRBP]. The discharge is not absolute or final. The trustee can ask that the discharge be set aside if the debtor does not turn over non-exempt property, if the debtor fails to perform other duties, or if there were other matters pending which would result in the denial of discharge.90 Days After 341 Meeting: Deadline for non-government creditors to file their Proof of Claims: A creditor, other than a governmental unit, must file its Proof of Claim within 90 days after the first date is set for the 341 meeting in order to be entitled to its share in payments from the estate [Rule 3002(c) FRBP].

120 Days After Bankruptcy Filed:Final payment on filing fees due: If the court allowed the debtor to pay the filing fees for a Chapter 7 or Chapter 13 in payments, the final payment must be made within 120 days after the filing of the bankruptcy [Rule 1002(b) FRBP].

3 To 5 Years After First Plan Payment·  Length of payments under Chapter 13 Plan: Unless all allowed claims are paid sooner, plan payments must continue for a minimum of the three year period beginning on the date that the first payment is due under the plan, or a maximum of a five year period [11 USC §1325(b)(1), 11 USC §1322(d)].·

Discharge entered in Chapter 13 Bankruptcy: Upon completion of plan payments, the discharge in Chapter 13 is entered [11 USC §1328].

After hours and weekends by appointment